Student of the Year - MJC 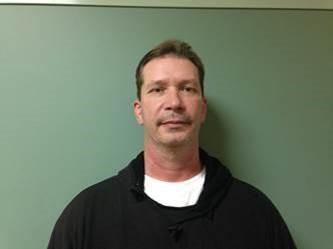 Ritchie had a difficult time understanding his instructors and also struggled with reading comprehension. He said, “I probably spent up to three times longer than other students when completing my homework. MJC has provided Ritchie with Communication Access Real-time Translation (CART) services so that he can “hear” his instructors. A captioner uses a stenotype machine to type Ritchie’s lectures and then Ritchie is able to read the material via a laptop in real time. Ritchie said, “The captionists are worth their weight in gold! They are a huge contributor to my success. My testing accommodations were also very helpful.”

Ritchie is currently in his fourth and final semester of the Nursing Program at MJC. This is not the first time that he has found himself almost ready to complete the program. While doing his clinical rotations in the hospital in fall of 2015, Ritchie became aware that there were numerous alarms (i.e., IV alarms, patient bed alarms, etc.) that he was unable to hear, even while standing right next to them. He also had a difficult time hearing individuals speaking to him when there was other noise in the area. Ritchie made a very difficult decision. He said, “I began to feel that the patient’s safety was a major issue.” After much soul searching and speaking with his clinical instructor at the time, Tania Adkins, along with Lisa Riggs, the ADN Program Director, he decided to withdraw from the program and pursue having not just one, but two, cochlear implants surgically implanted. A cochlear implant is an implanted electronic hearing device, designed to produce useful hearing sensations to a person with severe to profound nerve deafness by electrically stimulating nerves inside the inner ear. Once he adjusted to the implants, he was so amazed by everything he had been missing. Because Ritchie was out of the program for over a year, he decided to repeat the third semester to refresh his memory. Ritchie is currently enrolled in his fourth semester and will be graduating at the end of April with his Associates Degree in Nursing (ADN).

Ritchie was chosen to receive this award because of his dedication and hard work. He might have successfully completed the program on his first attempt, but he chose to make the ethical decision to ensure patient safety. He was even willing to go through life altering changes to pursue his dream of becoming a nurse. Ritchie was the first student with a verified hearing loss to enter into the Nursing Program. He has opened doors of communication with the instructional staff, and together, they have learned from his successes and failures. His caring personality and fierce dedication to his studies have made Ritchie a wonderful mentor and trailblazer for other students with a hearing loss to follow. Ritchie plans to continue his education at CSU Stanislaus. 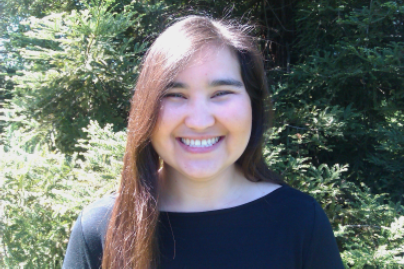 Hannah is an exceptional young lady. She was only 4 ½ years old when she immigrated to the United States from Russia. She was born with hearing loss in both ears, but became totally deaf when she was in the third grade. She did not learn sign language as a young child, but she is currently enrolled in an ASL class this semester. She said, “I wanted to be able to connect with both the Deaf and hearing worlds”.

At the age of sixteen, Hannah received a cochlear implant. She had to learn how to “hear” all over again with this new device. Hannah is very focused on completing her goals even though she has a hearing loss. When Hannah first arrived at MJC in 2010, she was offered a real time captioner as one of her accommodations. She said, “I remember feeling very scared when I first arrived at MJC. I had never personally utilized a captioner. The only experience I had had with a captioner was when I attended an EYF (Exploring Your Future) Conference at the Rochester Institute of Technology (RIT) in New York in 2009. Captioning has helped me to review what I have learned and also helped me to see if I missed anything while taking notes in class. I have become a better student due to the use of captioning.”

In addition to her studies, Hannah also volunteers her time in the community as a Board Member for the Disability Resource Agency for Independent Living (DRAIL). She will be graduating this semester with her A.S. Degree in Child Development and will also receive a Master Teacher Certificate. Hannah loves working with children and her future plans include looking for a job this summer as a pre-school teacher. Congratulations Hannah!!! 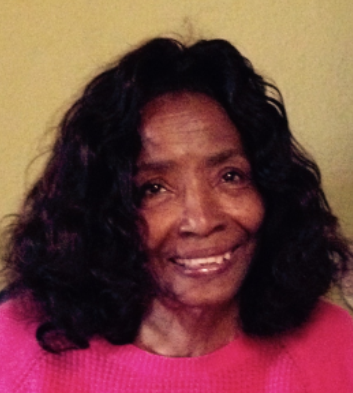 Harriet has experienced many obstacles since having a stroke in 1997. The stroke impaired her ability to speak and also limited her ability to walk. She utilizes a motorized chair for mobility. In the midst of these challenges, Harriet proudly states, "I chose to rehabilitate myself. I live independently in my own apartment and do not rely on caregivers to take care of me."

Harriet has lived in the Modesto area for over 15 years. Prior to that, she lived in Puerto Rico for a period of ten years, working as a Facility Training Coordinator at a military hospital. Harriet is the proud mother of three sons who have blessed her with seven wonderful grandchildren.

Harriet graduated in the fall of 2014 with an A. A. degree in Social and Behavioral Science. When asked if she utilized Disability Services, she stated, "I used the services in every way that I could. I relied heavily on Chuck (Cipponeri) who did my academic program." She added, "Carol (La Rosa) was my lifeline for testing and also for providing information as to how to go about doing things on campus".

Harriet still needs to finish a couple classes and then she plans to transfer to CSU Stanislaus, where she will pursue a major in Psychology. Her dream job is to become a marriage and family counselor. Harriet said, "I have always had a natural ability in working with people. Psychology has always interested me."

At the tender age of five, Bunreth was struck by a truck and suffered a brain injury. He was paralyzed on his right side and had to learn to walk again. He also lost sight in his right eye and the hearing in his right ear. Due to the intensity of the accident, Bunreth also struggled with Post Traumatic Stress Disorder.

As a young man, Bunreth admittedly made some bad choices. He became an active gang member and although he is not proud of this time in his life, he was able to learn from his mistakes. By witnessing firsthand what gang involvement can do to young men and women, his dream job is to work as a counselor with troubled teens to help get them out of the system and into a better way of life. He wants them to understand that there is more to life than a world of gangs, drugs and the pursuit of money.

In 2005, Bunreth became a father to a beautiful son, Benjamin. At the time, he was living with his mom who had been diagnosed as bipolar. He was helping to take care of her and had to rely on the bus system for his transportation. When his son was four years old, Bunreth decided to enroll at Modesto junior College. During this time, Bunreth was also fighting for sole custody of his son, which he was finally granted in 2010! Sis a single father, Bunreth remembers walking his son to daycare at 6 a.m. every day, even in the rain, then catching a bus to get to school on time. He said, 'It was a battle balancing everything out, but I always put school as my main priority no matter what. I would sacrifice my whole day, everyday to get my school work done.' Bunreth proudly shared that he now has his own place and transportation.

As a result of his brain injury, memory and comprehension issues have plagued Bunreth's educational endeavors. He said, 'I am surprised to be graduating, because most of the time, I would not remember all of the lecture the teacher presented.' Although Bunreth faced and overcame many struggles physically and academically, he said, 'I accomplished what I set my goal to be, and that is to get my degree without any hesitation!'

Bunreth plans to further his education at CSU Stanislaus in Turlock, He said, 'I want to thank the DSPS staff for giving me all the support throughout my educational journey. Thank you for everything!’

Nicole Sanchez is a very special young lady. She has had to overcome many obstacles throughout her life and school career. She relies on a sign language interpreter in order to “hear” her class lectures and to communicate with her instructors. Nicole was born hearing, but as a result of reoccurring high fevers, she became deaf at the age of 18 months. Her grandmother, who was a nurse, realized that Nicole was not responding appropriately to noises around her, so she decided to put it to the test and clanged some pans together behind Nicole’s back. Nicole didn’t flinch. Her grandmother’s fears were realized. At this tender young age… Nicole began her school career. During her high school years, she attended Fremont School for the Deaf. She received an award for her 3.5 GPA on two separate occasions. Towards the end of her senior year, Nicole married young and moved to Fresno, where she earned her high school diploma.

Being deaf has created many challenges for Nicole. Because she became deaf at such young age, her ability to acquire the English Language was very difficult for her. Her native language is American Sign Language (ASL) and her first actual sign was the sign for “apple”. ASL has its own grammar rules which can cause confusion when transitioning to written or spoken English. Nicole’s ability to successfully pass both English 49 and 50 is an outstanding accomplishment for an individual who is deaf.

When asked if she would change being deaf, she said, “No way… I am happy being deaf! I wouldn’t change it… even if I could!” Nicole is a mother of two. Her son Max is fourteen and her daughter, Maddy Rose is nine.

Nicole will be graduating with an A.S. degree in Culinary Arts. She has earned certificates in Culinary Arts, Food Safety and cake decorating. She loves to cook, but baking cakes is her real passion. She hopes to secure a job working in a school cafeteria or in a restaurant. 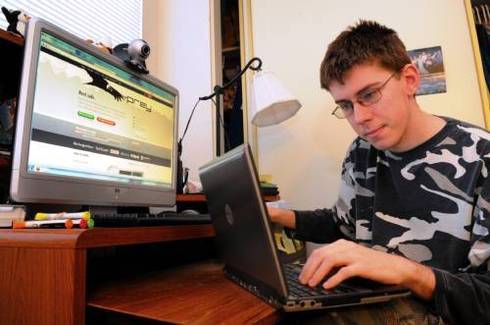 Each day we help students with a life or academic challenge. Here is an article on a success story! Shane entered MJC somewhat timid and uncertain of his abilities. He slowly explored his interest in computers. Now, he has enrolled in almost every computer class offered by MJC and started his own business. He will graduate this spring with an AS: Computer Information Systems (CIS) degree and Certificate: Computer Network Administrator. With his knowledge, attention to detail, and ethical nature he helped save the day for someone! Shane has a significant disability, however his focus is not upon his challenges. He uses his strengths and abilities to move forward in his life and is now confident he can independently support himself. Shane plans to transfer to CSU Stanislaus in fall 2013 to earn his BS degree in CIS.