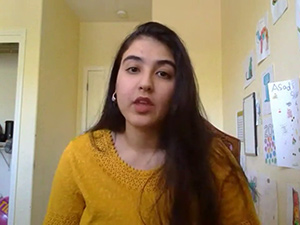 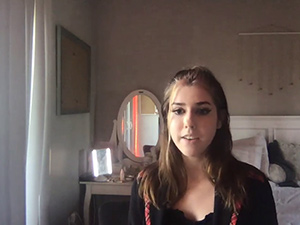 In Individual Events, Ghaith earned the Bronze award in Informative speaking, an event where students have 10 minutes to present a well-researched speech that seeks to help the audience understand new technological developments and medical discoveries. Ghaith spoke about an innovative new technology known as direct air capture that can reduce existing carbon levels by withdrawing them from the atmosphere. Ghaith describes the online tournament as “one of the most rad things, where people are still able to come together and make idea sharing so accessible."

In International Public Debate Association (IPDA) debate, Tristao took the Bronze award while Tallent took the Silver award. In this one-on-one event, students have thirty minutes to research and prepare a compelling case arguing for or against a given resolution. “It was awesome that online debate connected us with people from around the country,” Tallent said. “It was a great experience to be exposed to the different perspectives that I had not considered before.”

In Parliamentary debate, Tristao was recognized with the 8th place speaker award. Speaker awards are calculated separately from a students’ win-loss record and reflect their excellence in logic, refutation, and speaking style. When asked how it felt to be part of this competition, Tristao shared:

Although different from physical competition, a lot of the same feelings are there. Definitely a feeling of excitement before the round begins (butterflies) and a type of joy when you hear that you won. Debate in particular is different. In many sports, reading your opponent's body language is key to success. In debate you have a similar obligation to outthink your opponent, to put yourself in their shoes so you can combat their ideas and arguments.

The partnership of Perez and Tristao took the Silver award. In this team event, partners are given twenty minutes to prepare arguments on a given resolution. Perez and Tristao had to talk their way through four challenging preliminary rounds to make it to the final round. Perez had this to say of the online experience: “I really enjoyed how everyone was so quick to adapt: the judges providing oral time signals, thinking outside of the box for partner communication, and overall just how open everyone was to make this a great end to a great season.”

Perez earned the Silver award in Impromptu speaking, an event that keeps speakers on their toes because they have only two minutes to prepare a five-minute speech based on random prompts that they are given. When asked what advice she has for MJC students who want to compete, she said:

Start with a limited prep event, while they seem terrifying at first (2 minutes to prepare a 5-minute speech), they help you grow in all aspects. Being forced not to have a written-out speech and instead just speak of the top of your head truly cross applies to life. I've seen myself grow as a student and as an overall communicator because of this skill. Also, if you decide to do debate then, limited preps help with being able to respond quickly to questions and promptly create refuting arguments.

Coaches Ryan Guy and Taure Shimp say, “We are incredibly proud of the MJC squad. After working hard all season it was disappointing to have both our state and national championships canceled. The students’ willingness to not only adapt but thrive in this online modality is a testament to their character and refusal to give in to adversity. Many of these students will be graduating this semester and heading off to transfer institutions. We have no doubt they will continue to shine, no matter where life takes them.”