The Modesto Junior College Theater Department presents “Peter and the Starcatcher” by Rick Elice with music by Wayne Barker, and directed by MJC Theatre Professor Lynette Borrelli-Glidewell.  Performances are October 26 and 27, and November 1, 2 and 3 at 7 p.m., and November 4 at 2 p.m. in the Main Auditorium of the Performing and Media Arts Center on East Campus, located at 435 College Avenue in Modesto. 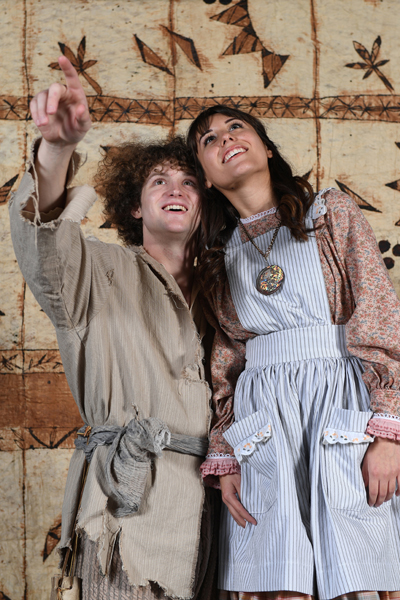 The production offers a family-friendly adventure on the high seas and the faraway Mollusk Island, where an orphan, Peter, and his mysterious new friend, Molly, overcome bands of pirates and thieves in a quest to keep a magical secret safe and save the world from evil.

The story is a prequel to the classic Peter Pan tale, revealing how the orphan boy meets the pirate Black Stache (the Captain Hook character), becomes Peter Pan, and stays a boy forever in Neverland.

Tickets are $11 general admission and $9 for seniors (62 and older) and for students of all ages. Tickets may be purchased at the Auditorium Box Office, Tuesday through Friday, 12 noon to 5 p.m. and 90 minutes prior to each performance, or by calling (209) 575-6776 during these hours.  Tickets may also be purchased in advance online at http://mjc.tix.com.