Navarro will give a talk and demonstration, followed by a question and answer session and book signing. The event is free, open to the public and wheelchair accessible.  Campus parking is $2 without a permit. 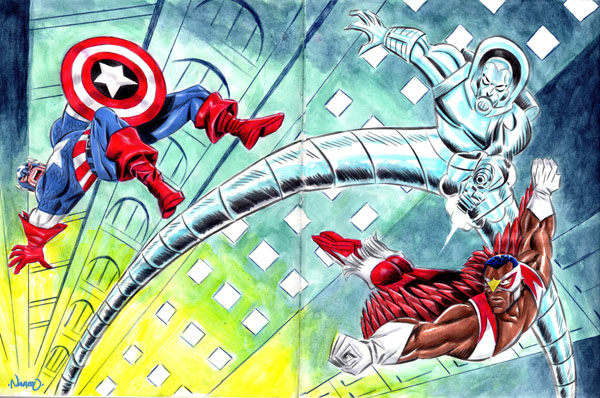 Navarro’s Xeric Award Winning comic, Sonambulo (Tell Him Your Dreams!) has been published internationally. His ongoing series, Gun A’ Blazin’ co-created with Mike Wellman, is a science fiction western under consideration for a film adaptation.

To check out some of his work visit Facebook.com/rafael.navarro and Instagram: rafael_navarro007.

The Visiting Author Series is sponsored by the Modesto Junior College Foundation and the MJC Literature and Language Arts Division.  For more information on this event contact English Instructor Theresa Rojas, Ph.D., at rojast@mjc.edu.