They are the yin and yang to each other. They finish each other’s sentences and when they are together, like it was the case for this interview. They were having the times of their lives, laughing and joking in between questions, but with a formidable and genuine admiration for their profession and the thousands of students whose lives and career paths they positively affected over their 40 and 30 year teaching careers at MJC. This Spring Semester, Professors Lee Kooler and Rebecca (Becky) Ganes, announced their retirements and delightfully shared about their roads to teaching at MJC. 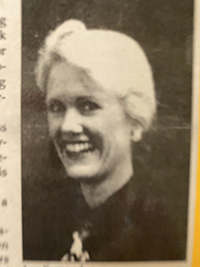 Lee Kooler featured in a Modesto Bee 1992 article about the Psychology Club.

It was the middle of the 70’s and Modesto-born-and-raised Lee Kooler would ride her bike from Prescott to the MJC East campus. Finally, in 1977 she got a car, but it was a stick shift. She had to get used to it. She had no idea where she would end up, or what she would study. Ron Manzoni, who later became Dean and President at MJC, was her night psychology professor. Kooler was playing tennis at MJC during the day and taking her night courses. She settled on studying psychology, because as she describes: “I thought it would not involve math. Boy was I wrong! It was in my psych survey class I decided I wanted to teach. I thought my instructor (Manzoni) had a great job. When I got the call to come to teach a Psychology 101 course I was not quite finished with my masters. I thought I was just getting to fill in for someone, but I was elated! Then, about 3 months into the semester, our administrative staff asked me if I was going to turn in a pay claim. I was astonished to discover that I was going to be paid because I loved teaching so much, I would have done it for free!I was 23 years old when I started teaching at MJC. I stayed one chapter ahead of my students.”

Professor Rebecca Ganes had a different experience and road to follow to finally arriving to teach at MJC. She is a native of Merced. Ganes was encouraged to go to college right after high school and she did at Wayward College. However, in her own words, “I messed up. I transferred to Cabrillo College and then to UC Santa Cruz in the Bay Area. In between there I got married and had children. That is how I ended up back in Merced. I was working full time at a retail store and I was offered a full-time position as a manager. I could have taken that route, but I have always loved learning. Before settling on psychology, I went through 5 majors, but I have always had an innate curiosity of what made someone tick. I was at Stan State as a teaching assistant and it was there I was encouraged to teach. Counseling did not really interest me at all. Teaching seemed natural to me." 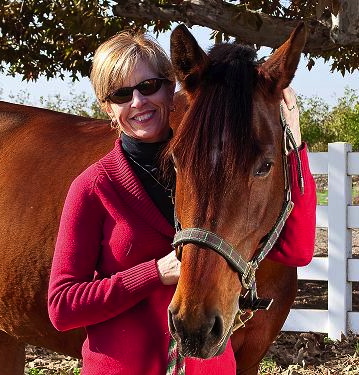 As a re-entry student herself, Ganes has always had a special place in her heart for this special population that made up 30% of the students at MJC this Spring Semester. Most re-entry students have not taken a straight path to completing their educational goals. Many, like Ganes, have families and full times jobs while attending college. Gane’s recalls, “The last year of my master's was tough. I commuted from Merced to Stan State. The only way I made it was to take one course at a time. This is what I have always told my re-entry students. It is all doable. One course at a time.”

By 1981 Kooler began teaching at MJC and it would be several years teaching as an adjunct instructor, before she gained full-time employment at MJC. In contrast, Ganes arrived at MJC as an adjunct in 1989 and was only an adjunct for 2 years before a full-time position became available. Ganes eggs Kooler on about her canceled trip. Kooler shares she missed a trip with her fiancée in order not to be kicked off the hiring committee for Ganes, “I knew Becky was the right person and I really wanted her to get the full-time position. I loved working with her, I had seen her in action in the classroom, plus I wanted her to be my office neighbor. We became neighbors ever since.”

When asked about the highlight of their many years of teaching at MJC, it was not a situation or event. Not surprisingly they both answered in similar style.

Kooler’s highlight was, “Every single time a student went from self-doubt to hopelessness, and then they graduate with a BA degree, to know that you made that learning happen, that is the sum total for me.”

Ganes replied, “When I hear from students, especially psych majors who are now at UC campuses and they thank me for being hard on them, that is it for me. I also think about the re-impacting teaching has. For example, Erika Amador, now in MJC EOPS worked as a work study student with me and as a result decided to become a counselor.” 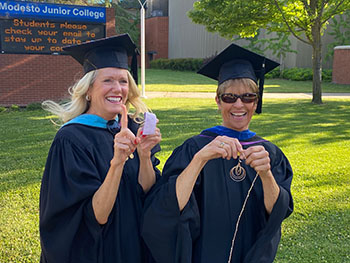 When asked what advice they have for students who want to teach in higher education, Kooler replied: “Interview, shadow and find good mentors, especially those with a research background. Think of the population you aspire to teach. Get engaged in activities, other than your classes. You are more likely to stay in and finish college by being engaged.”

Ganes’s advice for future instructors was: “Think of the learner. See the classroom through their eyes and ask yourself: Why am I doing this job?”

Both Kooler and Ganes were supposed to be the marshals at this year’s commencement ceremony, but due to the pandemic, that was put on hold. In keeping with their great spirit and commitment to their students, on May 1, wearing their graduation regalia, holding huge signs that read “#MJCStrong, and with the PAC marquee as their backdrop, Kooler and Ganes stood on College Drive and made a video congratulating the Class of 2020. The video posted-on Instagram and has been the most watched video to date with 1,362 views. Many students have thanked them virtually.

If you think that this dynamic duo is going to fade into the sunset, think again. They plan to continue collaborating by bringing the Psychology Club discussions digitally. The club boasts over 100 students and discussions are always well attended. Stay tuned for more inspiration from Professors Kooler and Ganes.