Despite not having any individuals finish among the top six, the Pirates used balanced team scoring to win the state tournament by four strokes under the defending state champion Sierra College from Rocklin, CA.

MJC Women’s Golf Coach Milan Motroni said, “I knew the team had it in them, but we were always just a step behind during the season. However, when it counted the most in the final tournament of the year, the team 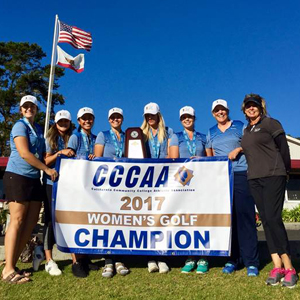 stepped up and shot some of their best two-day rounds to beat the favorites Sierra and Santa Barbara.”

For more information contact Nick Stavrianoudakis, MJC director of athletics, at stavrianoudakisn@mjc.edu or (209) 575-6835.