The Modesto Junior College Theater Department presents the New Play Festival featuring “world premieres” of original, one act plays written and directed by MJC theater students.  Performances are May 11, 12, 13, 18, 19 and 20 at 7 p.m. in the Cabaret West Theater of El Capitan Building on West Campus, located at 2201 Blue Gum Avenue in Modesto.

The short works staged each night include “On the Writer’s Block” by Erin Isaacs; “The Third Wheel” by Shane Meyers; “Beautiful” by John Smith and Tim Glidewell; “Valse Triste” by Nathan Stiles; “Last Call ‘68” by Nick Salvucci, and “WrestleFestival 2017” by Sam Mellor. 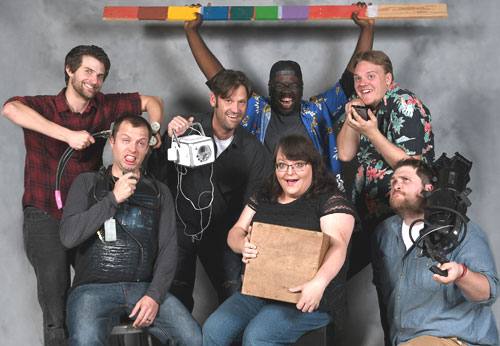 Tickets are $11 general admission, $9 for students and senior citizens.  Tickets may be purchased in advance online (through May 18) at http://mjc.tix.com and will be available at the door beginning 90 minutes prior to each performance.  The production runs approximately 2 hours with an intermission.