The tournament is an MJC and Modesto community sports tradition, and is one of the longest running tournaments in the nation.

There will be eight community college teams competing from around northern California.  In addition to MJC, the teams participating this year are from Fresno City, Ohlone, Sacramento City, Cuesta, Lassen, Cosumnes River and Marin colleges.

Legends’ Night will be held on Thursday, December 15, when former MJC basketball alums are recognized before the start of the 8 p.m. game between the MJC Pirates and College of Marin.  December 16 is Veterans’ Night, with vets getting in free by displaying ID.  Student Day is on Saturday, December 17, when students from all area schools can get in free just by wearing blue.

Grower Direct Nut Company is once again sponsoring the tournament.

General admission is $7.  Senior citizens and veterans are $5.  Students of any age are $3.  MJC students showing student ID and children under seven years of age are free.


For more information contact Nick Stavrianoudakis, MJC director of athletics, at stavrianoudakisn@mjc.edu or (209) 575-6835. 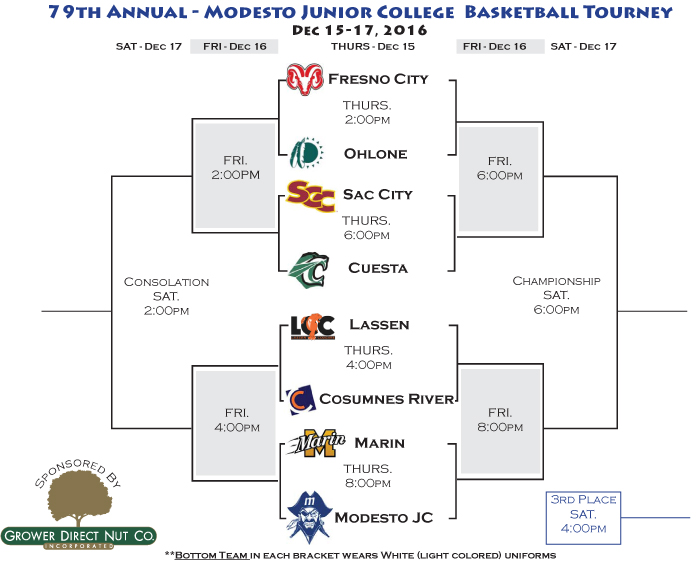