Contact the friendly Enrollment Services staff if you have questions about adding or dropping classes, or filing for pass/no pass.

Our Campus Life & Student Learning team is excited to work with students.  Below is the contact information and biography information for our team members.

Alejandra is the administrator who oversees all staff and operations of Campus Life Student Learning.  Under her leadership this past year, ASMJC has had one of the more successful years in their history.  She has guided ASMJC to their first balanced budget in over a decade, over 40 events, and many leadership training seminars. Prior to joining the Campus Life & Student Learning team, Alejandra was the coordinator for the EOP&S Bridge Program at MJC.

Alejandra is a graduate of Downey High School in  Modesto.  She is also an Alum of MJC, having earned her Associates of Art in Behavioral and Social Sciences.  She then transferred to CSU Stanislaus where she earned her Bachelor of Arts in Liberal Studies with a concentration in Communication Studies. She went on to earn a Master of Arts in Education with an emphasis in Higher Education Counseling, also from CSU Stanislaus.

When asked about the best part of her job, she replied “The best part of my job is the student interactions I have on a daily basis. My passion is education and helping any way I can. As an MJC alumnus, I connect to our students and I know that sometimes we just need guidance and someone to listen when needed”.

Alejandra enjoys learning and spends her time away from work reading.  She is also active in the community with the Latino Community Roundtable, Hispanic Leadership Council, and Women Education Leadership League

When asked what advice she has for students, Alejandra replied, “College is a challenge, but it’s a challenge you can overcome. You might feel stressed and overwhelmed at times, but it’s important to remember your ultimate goals. Ask yourself every day ‘How bad do I want to succeed?’ and you’ll continue to pursue your dreams.” 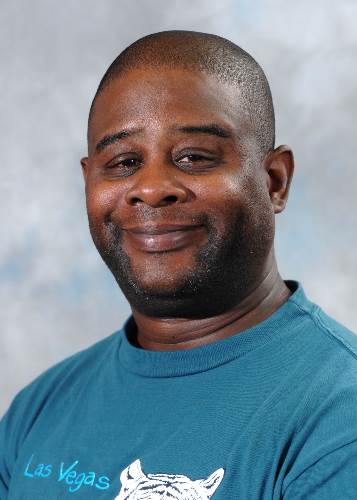 John oversees all the day to day activities in the  Student Activities Center on the MJC East Campus.  Those activities include overseeing students workers, ID Card production, the ASMJC Student Benefit Program, and assisting with ASMJC activities and events.  John has a passion for giving and helping.  John is always willing to go above and beyond to help students.  He is often seen walking a student through a process, or even escorting them to their destination.

When asked about what is the best part of his job, John replied “Accomplishing goals such as helping students, answering questions, and being there for people. I like the fact that each day is different from the other rather than the old routine”.

John has many activities that keep him busy away from work.  John loves to barbecue and even creates his own special sauces.

John is a mentor in a very successful youth mentoring program in the community for African American males called Project Uplift.  This program helps provide a pathway to college for at-risk teens.   John has also been giving in his spare time, having volunteered for the local Church in the Park.

When asked what advice he has for students, John replied, “don’t waste time!  Be willing to learn about yourself, even if it hurts.  In the end, it will all help you reach your goals”.

In addition to making sure all is well with the Game Room, computer lab, and front desk, Mitch is the person responsible for helping to make the magic happen for Campus Life events held in the Mary Stuart Rogers Building.

Mitch has played an integral role in helping upgrade many parts of the Mary Stuart Rogers Student Center. Upgrades include new scenic drapery, lighting, staging, a beautiful new podium, as well as new gaming systems for the game room.

Mitch graduated from Beyer High School in Modesto.  He has also completed coursework at Modesto Junior College and CSU Stanislaus.

Mitch’s passion for event technical planning is evident to any who are around him.  He can be found working sound and lighting for many MJC and Campus Life events such as the MJC African American Education Conference as well as the Campus Life Positive People Speaker Series.

When asked about the best part of his job Mitch stated, “I have a unique opportunity to use my knowledge, skills, and creativity to develop and foster an atmosphere of exploration, empowerment, and success in education. Watching the students I work with overcome their barriers and challenges, to achieve their goals to move forward with their lives is by far the most gratifying experience while working at MJC.”

Rebecca is the Administrative Technician to the Dean of Student Services & Public Relations. Her duties include fielding visitors in the Campus Life office, processing paperwork and assisting with the different departments that Bryan oversees such as ASMJC, campus clubs, Campus Life & Student Learning, Veterans Services, Access & Outreach, Student Conduct and the Transfer Center. Rebecca was splitting her time with TRIO Student Support Services and Campus Life. Beginning October of 2018, she became a full-time team member with Campus Life.

Rebecca was born in Merced and raised in Atwater. She graduated from Atwater High School. She completed vocational training courses in Microcomputers in Business and Medical Office Technology at Merced College and obtained a credential as a California Certified Medical Administrative Assistant. She worked for Merced College for 13 years as a Training Assistant for the Career Advancement Academy before joining Modesto Junior College in August of 2017. 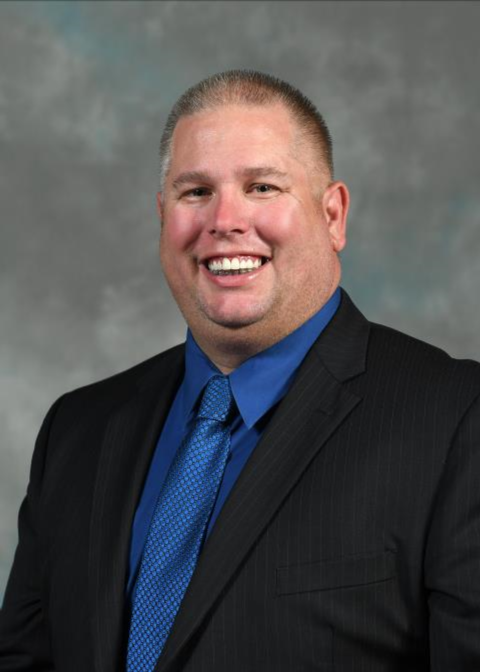 Bryan Justin Marks was born in Modesto California.   Bryan graduated from Johansen High School.  Bryan attended Modesto Junior College (MJC) earning an Associate of Arts degree in General Studies as well as a certificate degree in Shakespeare Studies.   While at MJC Bryan was active in several extra-curricular activities.  Those activities include several theater productions, writing for the school newspaper, campus clubs, and serving as a member of the Associated Students as the 128th student body president in school history.  Bryan was also a student in the MJC Extended Opportunity Programs & Services (EOP&S) and the TRiO Student Support Services program.  As a student, Bryan was also a member of the MJC Hispanic Education Conference Committee, African American Education Conference Committee, as well as the Martin Luther King Jr. Commemoration Committee.After MJC Bryan moved down the street to California State University, Stanislaus (CSUS).  While at CSUS Bryan earned a Bachelor’s Degree in Political Science as well as a graduate certificate in Community College Administration.  Bryan continued being active in extra-curricular activities.  Bryan was a part of several clubs, writing for the school newspaper, joining a fraternity, and was Chairman of the Board of Director for the University Student Union.

In the spring of 2005, Bryan returned to his roots when he was hired by EOP&S as a program representative.  During his ten years in EOP&S Bryan was promoted twice while overseeing all outreach and marketing as well as coordinating EOP&S’s Bridge Program for at-risk youth and foster youth, EOP&S CARE Program for single parents receiving welfare, and EOP&S College Readiness Program for high school seniors preparing to attend college.  During his time with EOP&S Bryan also returned to school.  He attended Brandman University where he earned a Master’s in Organizational Leadership.  During this time Bryan was also hired as an adjunct faculty member at MJC teaching Social Science 58: Student Leadership.

In the fall of 2015, Bryan took the leap into administration when he was hired at MJC as an associate dean.  Formally, Bryan oversaw the International Program.  Bryan now oversees Access & Outreach, Athletics, Campus Life (Campus Clubs, Graduation, Student Government), Public Relations, Student Conduct, and Veteran Services.   Outside of the college, Bryan has served on several local boards, most recently Hispanic Leadership Council. Bryan is also completing work on a doctoral degree in Organizational Leadership.